Posted at 15:30h in Leadership, learning by dagmar.rostek 0 Comments

Self-experience: is it possible to learn something new every day?

Learning 1: How often do I fall into one of these traps?

I learned this stuff while writing my business psychology paper.

The topic is stress, and the leading questions of the paper are:

The six columns of self-leadership are:

Self-concept means comparing the external image and the self-image in terms of strengths, weaknesses, and idiosyncrasies. This implies both self-perception and self-reflection and obtaining feedback from outside and including it in the reflection (Drath, 2019, p. 9).

Insights on self-concept from author and psychologist Steve Ayan:

My favorite learning was the Dunning-Kruger effect and the other insights on self-concept from Steve Ayan. Since if I have learned them, after every discussion, I think about whether I have fallen into one of the traps above.

Learning 2: The Dunning-Kruger effect in detail

„In the original Dunning-Kruger studies, people who scored the lowest on tests of logical reasoning, grammar, and sense of humor had the most inflated opinions of their skills. On average, they believed they did better than 62 percent of their peers, but in reality, outperformed only 12 percent of them. The less intelligent we are in a particular domain, the more we seem to overestimate our actual intelligence in that domain“ (Grant, p. 38-39).

Learning 3: Is there nothing left to take away?

The four levels of affordances that a design product should work on from Rex Hartson:

Learning 5: Sometimes I am a monkey :-O

There was a story I read again. I knew the story, but I had forgotten it, and after rereading the story, I thought about situations in which I am a monkey. „As part of an experiment, a researcher puts five monkeys into a large enclosure where dangling above a ladder; there is a bunch of bananas. The monkeys immediately spot the bananas, and one climbs toward them. As he does, the researcher sprays him with a stream of cold water, then sprays each of the other monkeys. The monkey on the ladder scrambles off. All five sit for a time on the floor, wet, cold, and bewildered. Soon, though, the temptation of the bananas is too great, and another monkey begins to climb the ladder. Again, the ambitious monkey is sprayed with cold water, and so are all the other monkeys. When a third monkey tries to climb the ladder, the other monkeys, wanting to avoid the cold spray, pull him off the ladder and beat him. Now one monkey is removed, and a new monkey is introduced to the cage. Spotting the bananas, he naively begins to climb the ladder. The other monkeys pull him off and beat him. Here’s where it gets interesting. The researcher removes a second one of the original monkeys from the cage and replaces him with a new monkey. Again, the new monkey begins to climb the ladder, and again the other monkeys pull him off and beat him—including the monkey who had never been sprayed. By the end of the experiment, none of the original monkeys are left, and yet, even though they never experienced the cold, wet spray, they all learned never to try for the bananas“ (Stepper, 2020, Position 51).

Learning 6: Oh no: most of the time I tell, but I should Show, not Tell

„Instead of naming emotions, use actions, thoughts, visceral reactions, and body language to show what your characters are feeling“ (Gerth, p. 16).

Learning 7: Inspiration from people who think similarly – bullshit – or not?

Until recently, I was sure that I got inspiration or new ways of thinking, mainly from people who are the opposite of me. My thinking was, the more similar a person is to me, the less something completely new can arise from it. Well, I never believed in something like soul mates, but I also didn’t find it desirable to look only for friends who were very similar to me, on the contrary.

A little over a year ago, I met a person who seems incredibly similar to me. There are always moments when I have to smile inside when we exchange ideas because I realize how similar I think or would act in similar situations. Even more impressive for me is that I have never seen the person face-to-face. I only know her online meetings and only via English communication and therefore think even more about how crazy this is because we also rarely communicate. Whether it is the same for her, I do not know. I enjoy every moment that I have with her because it is so incredibly easy. I never have the feeling of doing something wrong, never have to pretend, can just be me. The feeling is a bit like taking a break. And I would never have thought it. That also inspires me again and again. Every time I have a video call with her, I have a new idea afterward.

Sorry, the comment form is closed at this time. 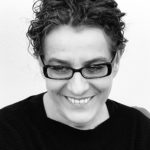